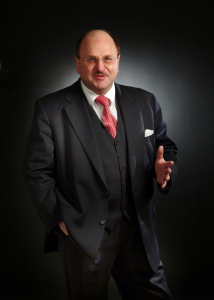 German Estate Law, German Inheritance Law and German Succession Law is all part of the continental-European Civil Law system and, therefore, makes a fundamental distinction between the Heirs (“Erben”), i.e. the successors to the Decedent (“Erblasser”), on one side and any other beneficiary to the Estate (“Nachlass”), including, but not limited to, Legatees (“Vermächtnisnehmer”), on the other side.

Whilst a German Heir (“Erbe”) under German Estate Law and German Succession Law directly steps into the shoes of a German Decedent at the moment of the German Decedent’s death without any interposition of a Fiduciary, Personal Representative, Executor of Estate, Administrator of Estate or the like, any other Beneficiary of a German Decedent’s Estate will have a claim and cause of action against the German Heir or against the German Joint Tenancy in Common of several Heirs (“Gesamthandsgemeinschaft”, “Erbengemeinschaft”) consisting of several Heirs only and will not have such a claim against the Estate itself due to the Estate’s non-existence as a separate legal entity under German Law.

Forced Heirship in Favor of Surviving Spouse and Children

Neither per stirpes rules nor representation rules are applying to the German Forced Heirship Rule (“Pflichtteilsrecht”), instead, solely a surviving spouse and surviving children will qualify for taking under those rules.

No Witnesses Required for German Last Will

A German Last Will and a German Testamentary Will (“Testament”) will not have to be witnessed or approved by two or three witnesses nor by any witness at all.

The U.S. concept and legal notion of the contestability of a Testamentary Will for alleged exercise of undue influence on a Testator or a Testatrix is unknown to German Probate and Estate Law.

In particular, there is nothing like the American “Putnam scrutiny principle” preventing the making of testamentary bequests to persons standing in a confidential relationship with the Testator or the Testatrix, such as testamentary bequests made to the attorney drafting the will, the drafting attorney’s law partner, the drafting attorney’s spouse, physicians, nurses, clergymen or similar holders of personal confidence in German Probate and Estate Law.

All German Probate and Estate Law Is Federal Law

All German substantive Estate Law, Inheritance Law and Succession Law in Germany and all German procedural Probate Law in Germany is Federal Law only and will be applied on a uniform and nationwide basis all over Germany.

German Estate Is Not a Separate Legal Entity

Unlike in the U.S., a German Estate (“Nachlass”) is not viewed by German Estate and Probate Law as a separate legal entity (“Juristische Person”).

Consequently, the office of a Personal Representative of Estate, of an Executor of Estate or of an Administrator of Estate in the sense of U.S. Estate and Probate Law is virtually unknown to German Law, even though a German Executor of Estate may be named by a German Decedent in his or her Will (“Testament”), which in practice, however, is rarely done, because, as already outlined above, a German Heir (“Erbe”) is deemed to directly step into a Decedent’s shoes at the moment of his or her death as a single Heir (“Erbe”) or as a German Joint Tenancy in Common of Heirs (“Gesamthandsgemeinschaft”, “Erbengemeinschaft”).

No Trust under German Law

A Trust in the sense of U.S. Common Law is not known in German Estate Law either, i.e. there is no German Trust.

For cases of a Decedent’s death prior to August 17, 2015 the legal situation is as follows:

Jurisdiction over German Probate Proceedings will be held by the German Probate Court/German Surrogate’s Court (“Nachlassgericht”), which, in turn, is a department of the local German Municipal Court (“Amtsgericht”) ranking on the respective German County level/German District Court level or even lower.

Unlike in the U.S. and different from U.S. Probate Law and U.S. Estate Law, in the event of a cross-border Estate, i.e. of an Estate involving assets in two or more countries, the nexus for the international jurisdiction of a German Probate Court/German Surrogate’s Court over personal assets, i.e. over movable assets, of an international Estate under German Conflict of Law Rules until August 17, 2015 was established by the citizenship of the Decedent at the moment of his or her death, not by his or her last domicile.

The differing concepts of Conflict of Law Rules in both countries for a Decedent’s personal and real property in some cases and under some circumstances will create the unwanted dilemma of a so-called Split Heirship (“Nachlassspaltung”).

Typically the bulk of a Dededent’s Estate will consist of personal property in the form of securities and bank deposits.

Let us take the following case scenario for illustration purposes:

A German citizen has his or her last domicile in the U.S. and, at the moment of his or her death, has held German shares and bonds of a German corporation or of a German debtor/issuer prior to August 17, 2015 all held in a German investment account.

If, conversely, an American citizen has had his or her last domicile in Germany and, at the moment of his or her death prior to August 17, 2015, has held German securities located in whatever country or jurisdiction, then the American probate judge will have to apply German Law based on the Decedent’s last domicile in Germany, whereas the German probate judge will have to apply American Law based on the Decedent’s American citizenship.

Under such circumstances practical solutions quite often can only be achieved on a case by case basis.

For cases of a Decedent’s death on or after August 17, 2015 the legal situation is as follows:

Now the sole nexus is a Decedent’s last residence, both for personal property and for real property.

Conversely, in the U.S. under American estate law the nexus of a Decedent’s last residence will apply to personal property only and not to real property, which will be governed by the law of the location of the real property.

In other words, German Federal Inheritance Tax (“Erbschaftsteuer”) will be raised per each Beneficiary/Distributee and not per the entire Estate.

Consequently, allowances, exemptions, tax tables, and tax rates will apply per each Beneficiary/Distributee only and not per Estate, by which way the German Inheritance Tax burden will be somehow mitigated.

Maximum tax rates and tax brackets of German Inheritance Tax range from 7 percent to 50 percent, once again depending on the degree of kinship of each Beneficiary/Distributee with Decedent.

Moreover, such German Inheritance Tax (“Erbschaftsteuer”) will be raised on a Federal level only and not on the level of any of the German States (“Bundesländer”).

In other words, there is no German State Estate Tax or State Inheritance Tax raised in any of the sixteen German States (“Bundesländer”).

Unlike in the U.S., there is no option or election right for an Alternate Evaluation Date six months after the Decedent’s death as provided in U.S. Federal Law by Internal Revenue Code (I.R.C.) Section 2032.

So-called Tie-Breaker Rules provided by the American-German Estate and Inheritance Tax Treaty Dated December 21, 2000, i.e. by the “Convention between the Federal Republic of Germany and the United States of America for the Avoidance of Double Taxation with Respect to Taxes on Estates, Inheritances and Gifts Dated December 21, 2000 (“Abkommen vom 21. Dezember 2000 zwischen der Bundesrepublik Deutschland und den Vereinigten Staaten von Amerika zur Vermeidung der Doppelbesteuerung auf dem Gebiete der Nachlass-, Erbschaft- und Schenkungsteuern”), provide that the right to raise Estate Tax or Inheritance Tax on an American-German Estate on a worldwide basis will solely go to the country of the Decedent’s last “residence” (“Wohnsitz”), in case of two or more “residences” (“Wohnsitze”) to his or her last “permanent home” (“ständige Wohnstätte”), in case of two or more “permanent homes” (“ständigen Wohnstätten”) to the country of his or her last “center of vital interests” (“Mittelpunkt der Lebensinteressen”), then to the country of his or her last “habitual abode” (“gewöhnlicher Aufenthalt”), then to the country of his or her last “citizenship” (“Staatsbürgerschaft”), and finally in the event that the individual at the moment of his or her death had been a citizen of both the U.S. and Germany or of neither of them, as a matter of last resort, the U.S. government and the German government will have to settle the issue by means of mutual agreement (“Verständigungsverfahren”).

The German Inheritance Tax reporting system is a two-tiered one:

In general, extensions of the filing date for the German Inheritance Tax return (“Erbschaftsteuererklärung”) will be granted generously.

Such extensions will not trigger off penalty interest charges.

Also for releasing any funds to a foreign country German banks, investment companies, insurance companies and other financial institutions will routinely request the issuance and presentation of the German equivalent of an American Federal Transfer Certificate (FTC) issued by the German financial authorities (“steuerliche Unbedenklichkeitsbescheinigung”).